From ReddNet
Jump to navigation Jump to search

L-Store allows for distributed storage devices (which can be distributed in a wide geographic region) to function as a single file system. Specifically, L-Store provides a distributed namespace for storing arbitrary sized data objects. It is agnostic to the data transfer and storage mechanism, although currently only IBP is supported. L-Store utilizes a chord based DHT implementation to provide metadata scalability. Multiple metadata servers can be used to increase reliability and fault tolerance, and real time addition and deletion of metadata server nodes is allowed. L-Store supports Weaver Erasure encoding of data, so that files can be stored across multiple storage devices and can be recovered even if some of these devices fail.

L-Store/IBP is highly performant, in our booth we will be demonstrating sustained writes to a rack of disk servers with an aggregate transfer rate of 3-4 GBytes/sec. The plot below shows that we were able to sustain traffic at nearly 3.3 GBytes/sec for a two hour period (and we could have continued several hours more):

At SC06, we successfully filled a 10 GigE pipe with traffic from/to Caltech (Pasadena) to our depot on the floor at Tampa:

Hunter Hagewood, Nevoa Networks The deployment of distributed systems both in wide and local area networks requires a more extensive set of management tools in order to attain the same levels of realibility typically found in self-contained systems. Nevoa Networks currently offers such tools through its Nevoa StorCore product line. Nevoa StorCore allows you to easily configure, monitor, share, and manage the storage resources of your logistical network. Partitioning pooled storage capacity, defining realiability policies, automating fault detection decisions, tiering or peering with other logistical networks are just some of the functionalities Nevoa StorCore offers. This demonstration will include a walk through of Nevoa StorCore's features, examples of national and international deployments and an introduction to Nevoa Explorer Personal Edition, the client component of the Nevoa Storage System for end-users.

How to create a multi-user, wide area facility for data intensive visualization

Contrary to conventional wisdom, we show that a distributed collection of heterogeneous computing resources can be used effectively to create a scalable infrastructure for high performance, data intensive visualization. In this demonstration, we will show how a large scale visualization of cutting edge simulation datasets can be shared among multiple, distributed users working on the same pool of distributed resources. The demonstration will use IBP depots, equipped with our Visualization Cookbook Library (VCL), at the ACCRE booth, at other booths on the SC06 show floor and on REDDnet's wide area infrastructure. As shown, good performance can be attained with only a standard Internet connection and in spite of the presence of several other simultaneous users.

This is only for SRM v2.2 implementations with the updated WSDL. We'll use srm-tester to make put/put_done/bring-onling/get/release/remove,and the same with space reservation (with space token). In addition, we'll have srmLs. Then, we'll have srmCopy for a remote copy from a gridftp server and from another SRM server. Lastly, we'll have two SRMs involved in a coordinated remote copy by get_1/put_2/gridftp_between_1_2/release_1/put_done_2/srmLs_2/remove_2.

All tests will be repeated, and will not leave any left-over files by removing the previous test. We'll prepare some gui to show the in-between progresses, and the result on the GUI itself as well as on the web.

All current 6 implementations on 7 sites are following:

Any non-implemented and un-supported methods in a site will be screened in advance and will be skipped for the demo. The servers are expected to be up and running during the SC06. (11/12-11/16/2006)

I'll need to ask you your institutional logo and project title, etc when we prepare the slides, etc. If you do not want to participate in the SC06 demo, please let me know.

Schedule of Talks and Demonstrations 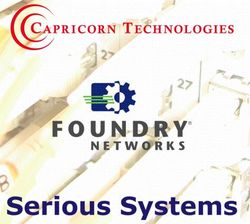